Category Archives: Names Mentioned But Not Used To Denote

Some Clean-Up Work: Why A Name Needs A Selector If One Is To Be Fully Explicit

Let me unpack a bit the NAME() selectors I have been using.  A selector such as NAME(‘Tom’) takes as an argument the string ‘Tom’ and returns the name Tom.(Tom is being mentioned here, not used.  The arguments surely have to be syntactic arguments.)  A string comprises 0 or more written characters (henceforth  just ‘characters’).  A character is an abstract object:  the character ‘e’, for example, can be instantiated by a blob of ink, a pencil mark, a set of pixels….  So a string is an abstract object comprising other abstract objects, and exists at one level-of-abstraction higher than they.

A string of characters is not itself a name, since a name can also be instantiated by a zero or more sounds.  I say “0 or more” because I can imagine a language that uses the glottal stop as a name, whatever the merely practical difficulties might be in doing so.  (A name that could never be pronounced by itself, but only within a stream of other sounds?)

(Perhaps — to jump back to characters for a moment — this language could write the name as ”.  So a name could be instantiated by strings comprising 0 or more characters. )

(Perhaps — to jump back to sounds for a moment — if I tried hard enough I could turn a sound into an abstract object (perhaps one sound can be instantiated by any number of configurations of sound waves?), but I will not try this at the moment. ) 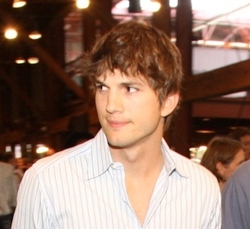 There is too much beauty in the world.  How can one concentrate on anything at all with gods like this walking the earth?